Find this article at:
go.ncsu.edu/readext?637940
— Written By Stephanie Sosinski and last updated by Miguel Castillo 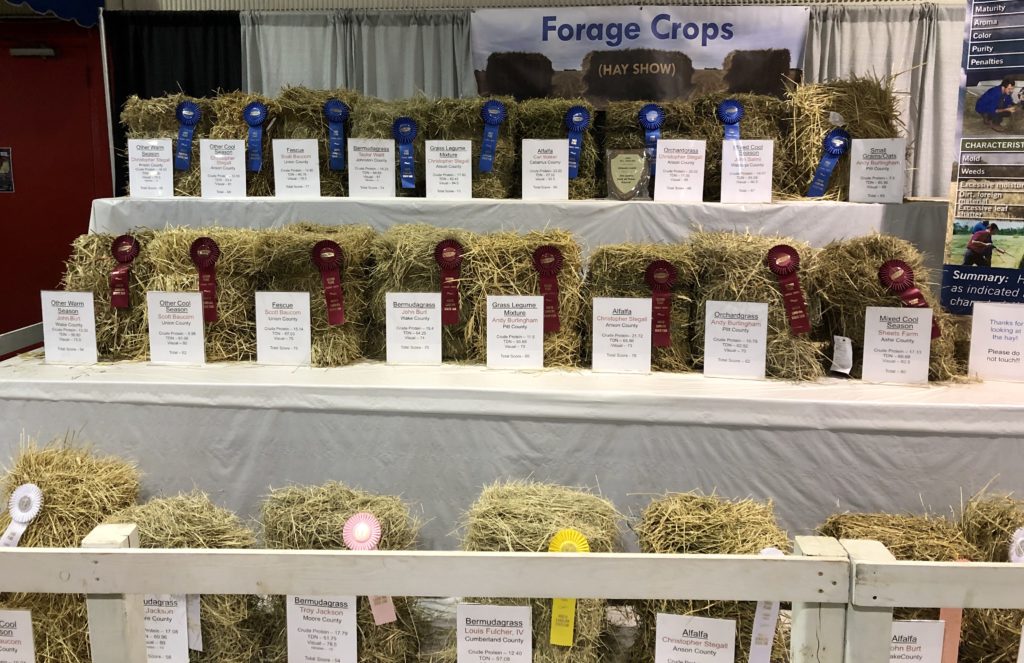 Congratulations to those who placed in the top of their categories at the 2019 NC State Fair Hay Show.

The score was calculated as:

Congratulations to all winners and thank you to all participants, NC State Extension, and USDA-APHIS personnel that coordinated the 2019 Hay Contest.