Find this article at:
go.ncsu.edu/readext?559021
— Written By Miguel Castillo 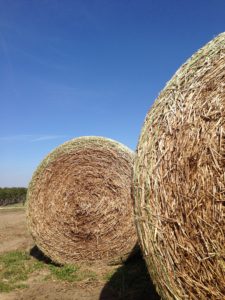 The Southeastern Hay Contest is the premiere forage quality contest in the Southeast USA, with entries coming from hundreds of producers across 13 states. The goal of the contest is to demonstrate the potential for high-quality hay and baleage, showcase the management abilities of producers, and highlight technology and equipment that make it all possible.

North Carolina’s producers received awards in several categories in the 2018 contest based on sample RFQ values (interpretation of the RFQ hay quality index). The results by categories were:

Mixed, Annual Grass, or Other Hay

Congratulations to the farmer winners and also to the local County Extension agents. This contest is built on the producer-agent relationship for sample submission and verification.